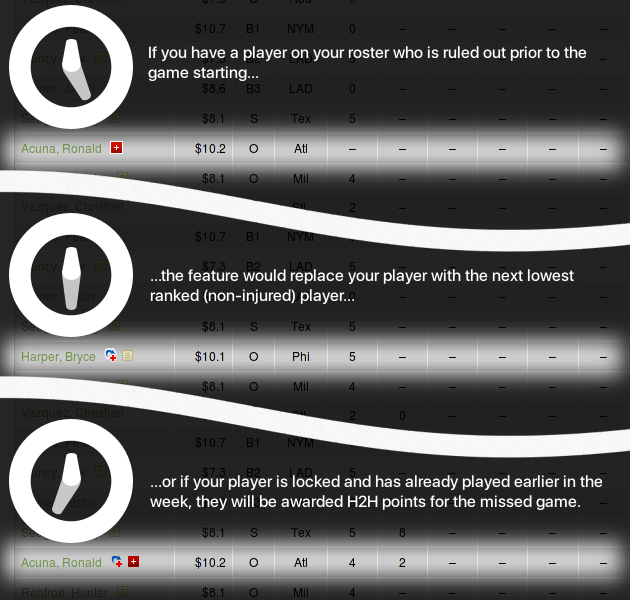 A: Unfortunately, if a player is ruled out for the second game of a doubleheader, or that second game is unexpectedly canceled or postponed, H2H points will not be awarded for the missed games. H2H points for Injury/Bye Protection are awarded on a day-by-day basis only.

Will this cover a player if they miss the All-Star Game?

A: No. Injured Player Protection does not protect players during MLB All-Star Week activities, including those players scheduled to compete in the All-Star Game.