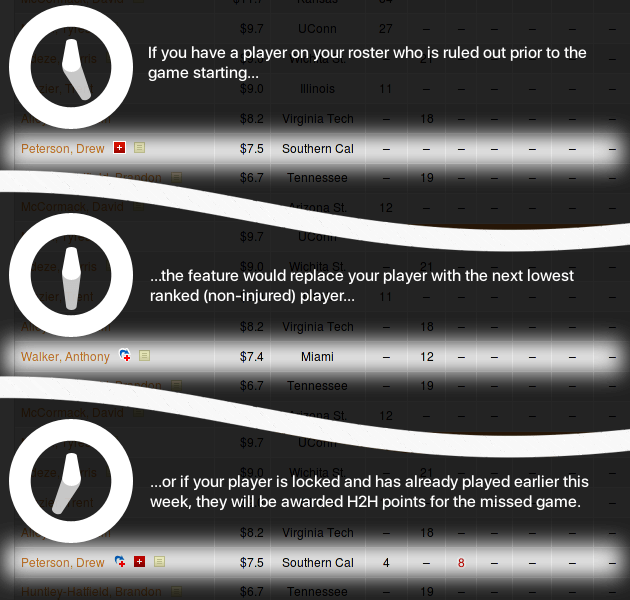 A: For players who get injured mid-week and are subsequently ruled out prior to the start of the next game, the Injury/Bye Protection feature will award H2H points to that player for the missed game based on their salary, rounded to the nearest whole number. For example, a player with a salary of $10.8 would be awarded 11 H2H points, and a player with a salary of $15.3 would receive 15 H2H points. Players must be ruled out prior to the game starting in order for H2H points to be awarded to the player.

image will appear on your team's roster page to show that your lineup is now protected.

A: Simply contact Customer Service and we would be happy to disable the Injured Player Protection service on your team for you. Just be sure to get your request in by Monday before play begins for the week.