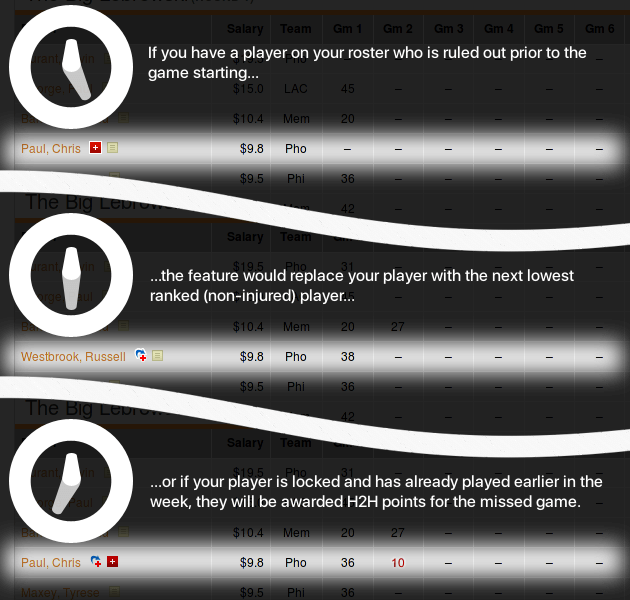 A: For players who get injured during a playoff series and are subsequently ruled out prior to the start of the next game, the Injury/Bye Protection feature will award H2H points to that player for the missed game based on their salary, rounded to the nearest whole number. For example, a player with a salary of $10.8 would be awarded 11 H2H points, and a player with a salary of $15.3 would receive 15 H2H points. Players must be ruled out prior to the game starting in order for H2H points to be awarded to the player.