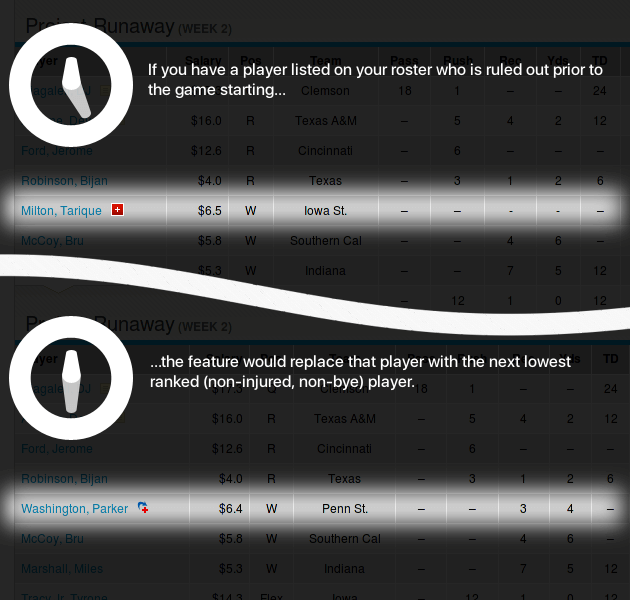 A: The Injury/Bye Protection feature gives the user the ability to protect their roster from starting a player who is on Bye or is ruled out for a game after the trade deadline has passed*. For example, if you subscribe to the protection feature, and have a player listed on your roster who is ruled out prior to the game starting, the feature would use a prepaid trade to replace that player with the next lowest ranked player who is not on Bye, not also injured, has not already played in an earlier game or is not already listed on your roster.

A: The injury/Bye Protection feature is linked specifically to each individual team, not to an account.

Will this cover a player if they are the lowest salaried player in that position?

A: No it will not. The system is set up to select the next player down in salary. If there is no player available at a lower salary, no auto-substitution will be executed.

Will this cover my team for the National Championship game?

A: Simply contact Customer Service and we would be happy to disable the Injured Player Protection service on your team for you. Just be sure to get your request in by Friday before play begins for the week.