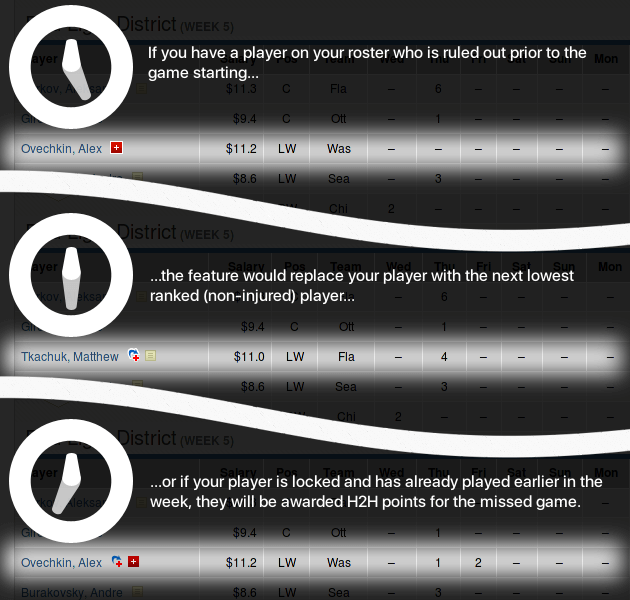 image will appear on your team's roster page to show that your lineup is now protected.